Vaping can increase your exposure to chemicals that could harm your health (e.g. cause lung damage). Vaping could also expose you to nicotine, which is addictive. There are also concerns about the appeal of vaping products among youth and their potential to promote tobacco use.

Health Risks of Vaping With Nicotine 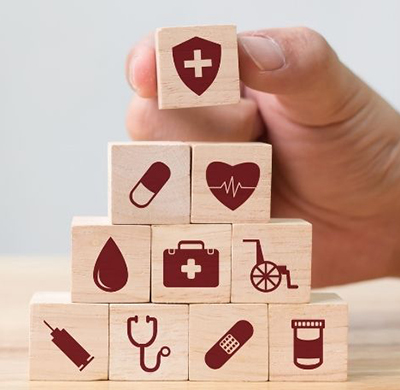 While nicotine is approved for use in nicotine replacement therapies, such as the patch or nicotine gum, there are risks linked to nicotine.

Nicotine is a highly addictive substance. Vaping with nicotine could lead to dependence, cause nicotine addiction among users who would not have started using nicotine otherwise (e.g. smoking).

Children and youth are especially susceptible to the harmful effects of nicotine, including addiction. They may become dependent on nicotine with lower levels of exposure than adults. Exposure to nicotine during adolescence may cause reduced       impulse control, cognitive and behavioural problems, can affect memory and concentration and is known to alter teen brain development. Vaping may predispose youth to addiction to nicotine and possibly other drugs.

When buying a container of vaping liquid with nicotine, look for one that has a child-resistant closure and a 'poison' hazard symbol. The closure and symbol are required by law

Common Ingredients and Their Health Risks

There are health risks linked to other chemicals found in vaping products. Vaping substances have fewer and different chemicals than in tobacco products. Chemicals used for flavour in vaping products are used by food manufacturers to add flavour to their products. While safe to eat, these ingredients have not been tested to see if they are safe to breathe in.

There is no burning during vaping but the vaping process needs the liquid to be heated. This can create new chemicals.

Popcorn Lung
There is a concern that people who vape might get bronchiolitis obliterans, or 'popcorn lung', from being exposed to diacetyl. Popcorn lung is a chronic disease that damages the small airways in the lung. This disease is named popcorn lung because workers in popcorn plants developed it after inhaling heated flavours such as diacetyl.

Besides diacetyl, below are some of the chemicals found in vape liquids and their aerosols. In addition to the common ingredients directly found in vapes, there may be additional compounds and bi-products (thermal decomposition) as well.

The Amount of Substances (including nicotine) A Person Can Be Exposed To By Vaping Is Affected By The:

Some of these chemicals and contaminants are linked to negative health effects. We are still learning more about how vaping affects health. The long-term health impacts of vaping are unknown. However, there is enough evidence to justify efforts to prevent the use of vaping products by youth and non-smokers.

Electronic smoking devices (ESDs) do not just emit “harmless water vapour.” Secondhand aerosol (incorrectly called vapour by the industry) from ESDs contains nicotine, ultrafine particles and low levels of toxins that are known to cause cancer.

The health effects of exposure to second-hand vapour are still unknown. There is some evidence that e-cigarette use increases the level of nicotine and other chemicals on indoor surfaces.

Vaping devices are regulated under the Canada Consumer Product Safety Act. Although uncommon, another risk to consider involves defective batteries or defective vaping products that have caused fires and explosions.

If you notice a safety problem with a vaping device or vaping liquid, you can report the problem to the manufacturer or retailer, or using Health Canada’s online consumer product safety reporting page.

Lithium-ion batteries and vaping devices can pose a hazard if they are not properly used, stored, carried or charged.

While vaping products contain fewer harmful chemicals than cigarettes, they may still contain nicotine. Talk to your health care provider about your options of quitting nicotine during pregnancy.