About 1 in 10 Canadians surveyed in the 2020 Canadian Tobacco and Nicotine Survey reported regularly smoking cigarettes.2 Youth had the lowest rates of cigarette smoking, while adults had the highest. A higher percentage of men compared to women reported currently smoking. Newfoundland and Nova Scotia had the highest rates of current smoking, while Alberta and British Columbia had the lowest. 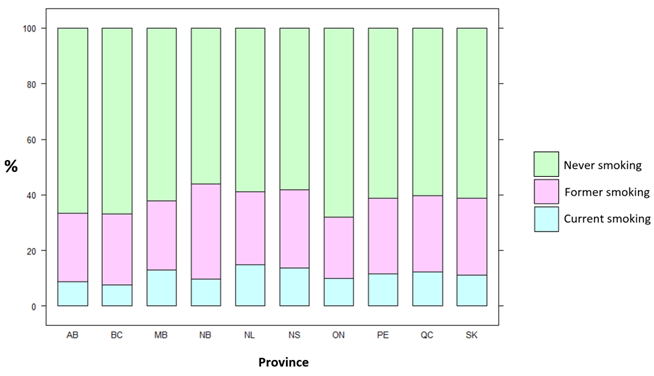 A quarter of survey respondents aged 15 years or older had formerly smoked but successfully quit. The majority of those who had quit or made a quit attempt within the last year reported “quitting on their own, without special preparation or help”, while others reported “reducing their number of cigarettes”, or using “nicotine replacement products”.  Among those who smoke daily, 39% had made at least one quit attempt in the past year.

Number of Quit Attempts by Those Who Smoke Daily 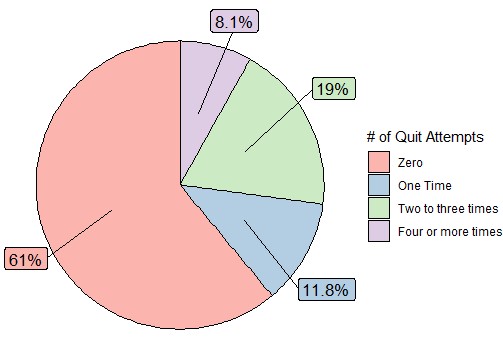