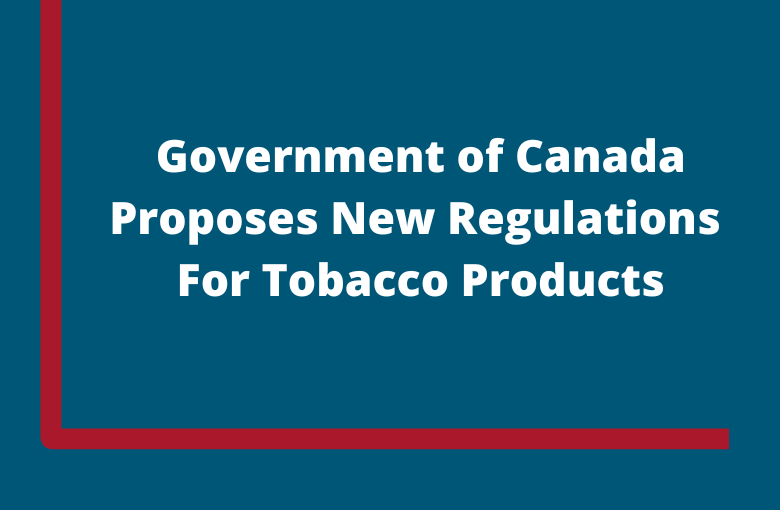 The Government of Canada is recognizing that more needs to be done to help people stay informed about the health risks of tobacco use and is proposing to update health-related warnings on tobacco product packages.

Honourable Carolyn Bennett, Minister for Mental Health and Addictions and Associate Minister of Health, announced the launch of a 75-day public consultation period beginning on June 11 to seek feedback from people in Canada that will inform the development of new proposed tobacco labelling regulations. A key feature of the proposed regulations is the introduction of written health warnings printed on individual cigarettes, cigars that have a filter, and cigarette tubes.

This warning would make Canada the first country to add warnings on individual tobacco products.

Minister Bennett also revealed the warnings on tobacco products would be expanded to include a longer list of health effects, including diabetes, stomach cancer, colorectal cancer, cervical cancer, and peripheral vascular disease.

Lung Saskatchewan applauds the Government of Canada for this innovative proposal that will prevent long-term dependence on tobacco, reduce tobacco-related death and disease, and reduce the burden on Canada's health care system 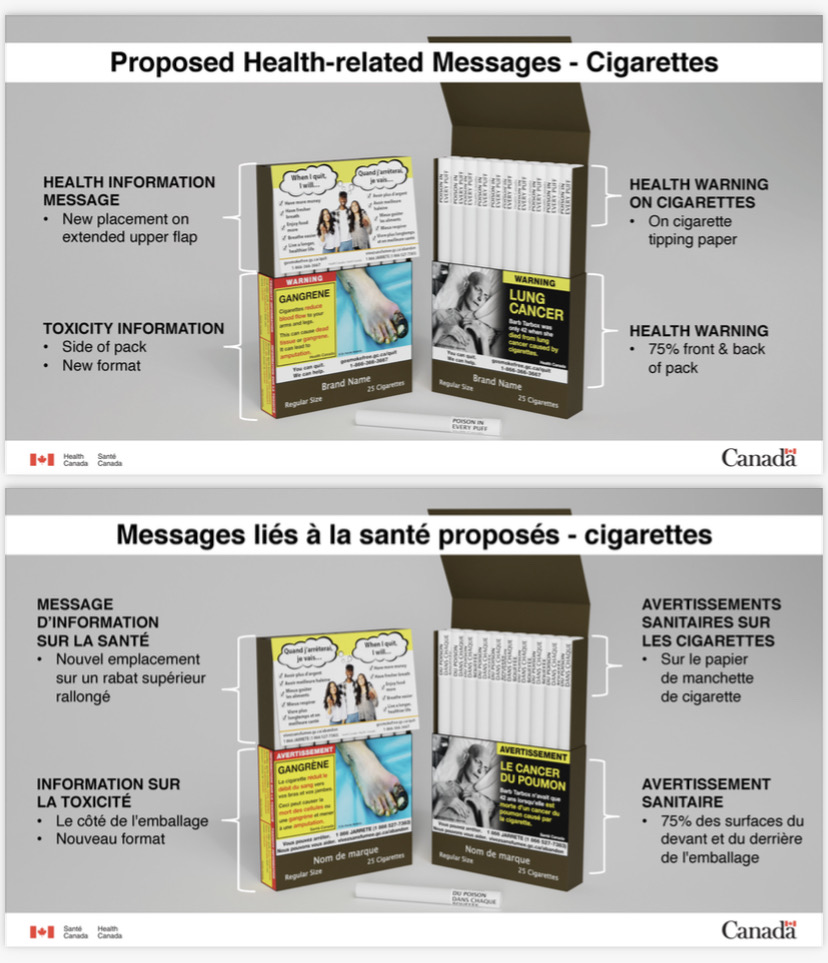