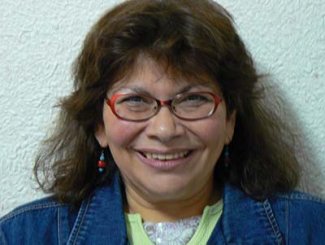 I felt the story had to be told the way that Dr. Robert Ferguson and the patients, nurses, and employees who knew the community of Fort San, wanted. I owed it to them to recall their stories correctly.

Donna passed away in 2020, but her film will serve to remind future generations to come of the hospital that fostered a community for those involved in the fight against Tuberculosis.

Donna Caruso came to Fort Qu’Appelle from New Jersey in 1974 on March 24th. She recalls it was 45 below zero, and the snow had piled up over her head. She was in front of the post office in Fort Qu’Appelle and took a moment to look right and then left.  She could see the whole expanse of the town right there in her sight lines.  In that moment, for the first time, she had the certain  feeling that she was home.

Donna built her career on her passion for musicals, comedy and the stage. She produced radio plays, short stories, film and TV series. She started by singing and playing her Boomba as an after-dinner entertainment while writing and touring children’s shows through the school systems. At the same time, she won a scholarship to a Saskatchewan Summer School of the Arts. This is where she pursued her talents in a short story writing class. CBC went on to publish many of her stories, followed by her radio plays. Donna did not forget about her passion for the stage as she performed in one-woman shows in Saskatoon and Regina Fringe Festivals. Her next endeavor was embarking on the creation of her first film, Chasing the Cure.

Donna became interested in Fort San because of a conversation with Dr. Robert Ferguson. He had grown up there as the son of Dr. George Ferguson, the first doctor who ran the Sanatorium in 1917 when tuberculosis was rampant after World War I. He encouraged Donna to read the Valley Echo in the Fort Qu’Appelle library, where an entire copy was kept for reference. Because it was for reference, it was not to be removed, and which meant for Donna many trips to the library to complete the series. Luckily, she was so interested. The entirety of the Valley Echo was there from 1917 monthly to about 1972, and so the history of tuberculosis was there for Donna to access in her local library.

The history of tuberculosis was fascinating to her. Because of Donna’s interest, she was able to convince CBC into doing a radio play, which she ended up writing the radio play about Fort San. About two years later, there came the film, Chasing the Cure. She had never produced a film before, and could not find the right person to take it on. Donna had produced, directed, and written many stage pieces, but not a film. In was her film debut that led to her career in producing and other films that followed included Rapture of The Deep, the life of Anne Szumigalski, and Doll Hospital, which was nominated at the Toronto International Film Festival. Her career in TV continued with Life without Borders, TV series that ran six years on SCN TV.

For Chasing the Cure, Donna felt the story had to be told the way that Dr. Robert Ferguson and the patients, nurses and employees who knew the community of Fort San, wanted. She owed it to them to recall their stories correctly.

The film Chasing the Cure, is available on our website.