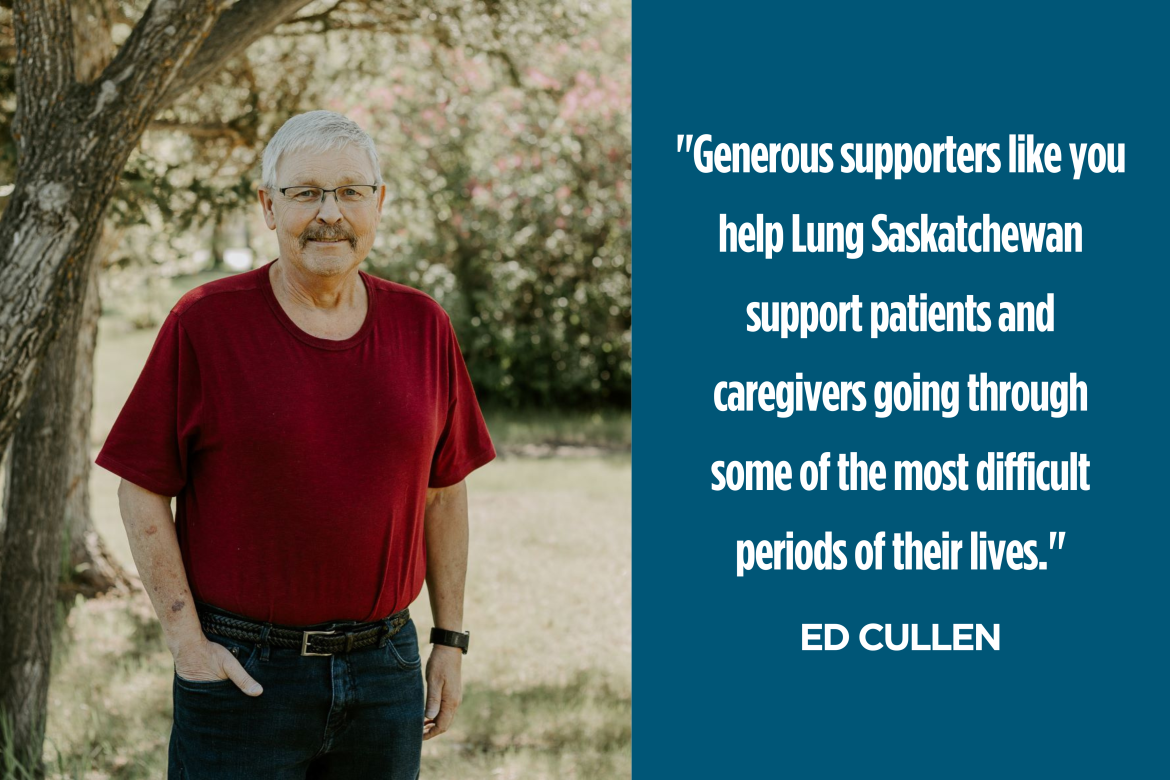 My name is Ed Cullen. I was born and raised in Regina and still live in the city with my wife, Cindy. I have two daughters, two sons-in- 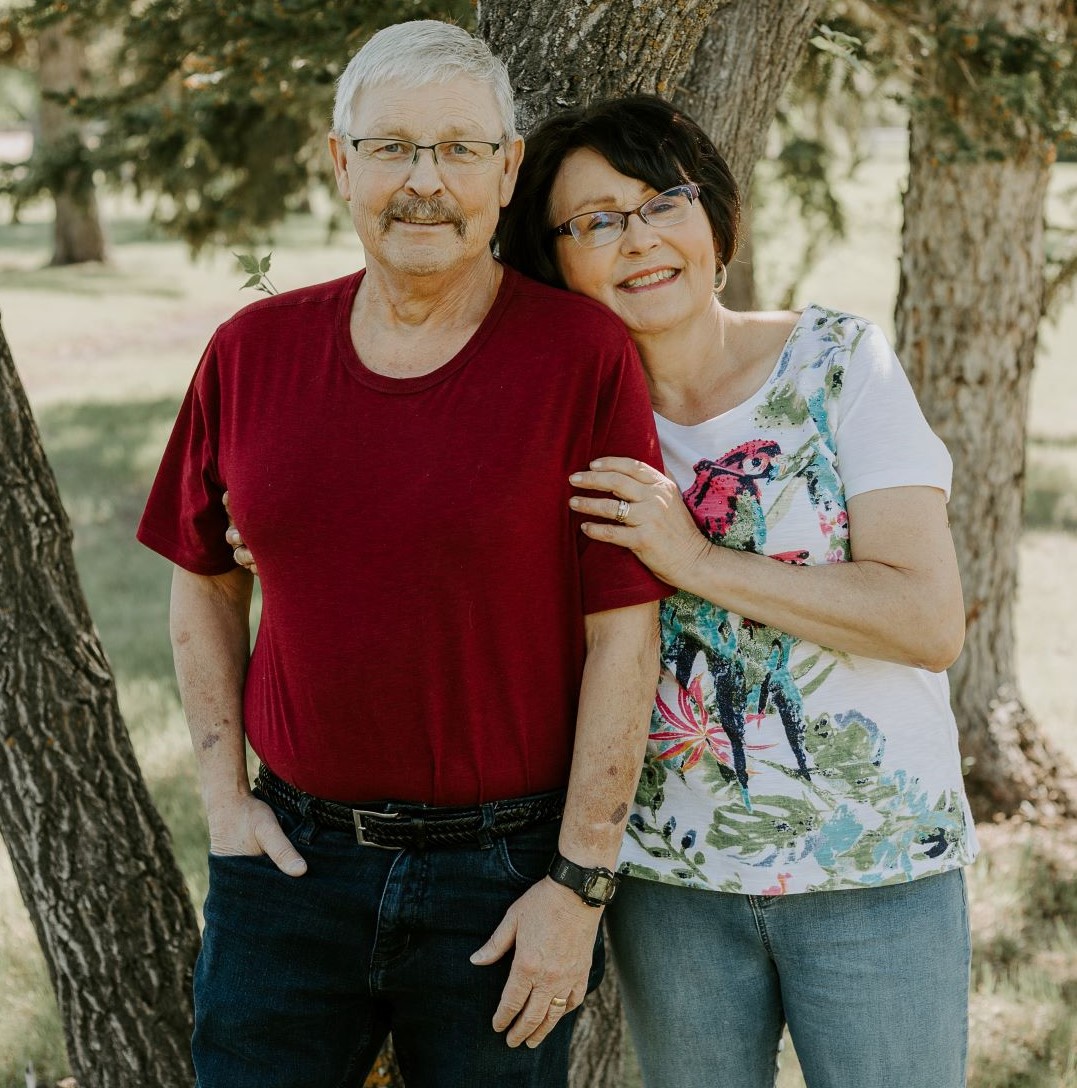 law, a granddaughter, and a grandson whom I enjoy spending time with. I have been on a long health journey that has affected almost every area of my life. Over the course of the last few years, my lungs have taken a turn for the worse, but I remain hopeful and I am not giving up.

How It All Began
My family has a history of lung disease. My brother had a double lung transplant in 2019 due to a virus that attacked his lungs. My mum also had lung cancer and passed away at the young age of 58. The first lung disease I was diagnosed with was chronic obstructive pulmonary disease (COPD) in 2011. Later, I was diagnosed with multiple instances of pneumonia, pulmonary fibrosis in 2017, and then lung cancer in 2022.

Passing Out From Pneumonia
From 2016 to 2018, I was in the hospital at least three times with pneumonia. I could be sitting and talking to people and the next minute, I was passing out/falling asleep. I would not be able to keep my eyes open and I would start getting lethargic and even incoherent. I had zero triggers and no warnings leading up to the attacks.

One time I was helping my buddy at the lake and things had been going well. The next day, I could not keep my eyes open as I kept passing out. I went to the hospital some days later for a colonoscopy, they found out I was full of infection (pneumonia) and my oxygen level was incredibly low. I left the hospital on oxygen and never came off. Another unforgettable episode I had with passing out was on a Sunday when we had the family over for supper. I was cooking and needed to go lay down for an hour. By the time I got up, I felt like I was dying, I was once again in respiratory distress. My family had to take me to the hospital that evening.

Barely a year after, in 2017, I was referred to two respirologists to confirm a suspected pulmonary fibrosis diagnosis. After the diagnosis was confirmed, I was placed on medications to help slow down the progression of the disease. Around this time, I needed only 2 litres of oxygen a day to get by but as the condition worsened, my oxygen requirement grew to about 6-8 litres of oxygen a day. I am currently at 14 litres. As my health continued to deteriorate, the doctors made the decision to put me on the lung transplant list in 2021.

Disappointing News
Fast forward to February 2022, I was in Edmonton for the pre-transplant program when they found a tumor on my left lung. The discovery of the tumor, unfortunately, ended my stint in Edmonton. I returned to Saskatchewan for testing. I had a bronchoscopy biopsy in Saskatoon, which did not diagnose cancer. At that point, I thought things were good and was hopeful that the tumor was not cancerous. The doctors however wanted to do a needle biopsy that came back positive. It was confirmed cancer in May 2022, and I was removed from the lung transplant list.

After I was taken off the lung transplant list, it felt like the carpet was pulled out from underneath my feet. What was going to be a second chance to prolong my life was now not obtainable. I had a roller coaster ride of emotions, which initially were mostly anger, sadness, and a sense of loss. I remember on a particular day when everything was getting to me - the oxygen and hose were bothering me, the sizzling in my ear, just different noises that day. I actually lost it and I blew up at everybody. This is not something I would naturally do.

I had mentally, emotionally, and physically prepared for the lung transplant before the tumor was found in my left lung, and the cancer diagnosis crushed me completely. I am just starting to come back up that hill. I am a fighter; I am definitely not going to give up.
At the initial consultation with the oncologist, they were not going to offer me curative radiation - only palliative radiation to assist with the cancer side effects. It was suggested I just try and live out the remainder of my life as best I could. However, I pushed back and told them it was not acceptable. Cindy and I let them know I was not ready to give up on life yet and wanted a chance by pursuing treatment!

Life Would Never Be The Same
It was when my oxygen requirement to breathe increased past 4 litres that everything changed. I lost my ability to travel by air and had to rely solely on traveling by road. Although possible road 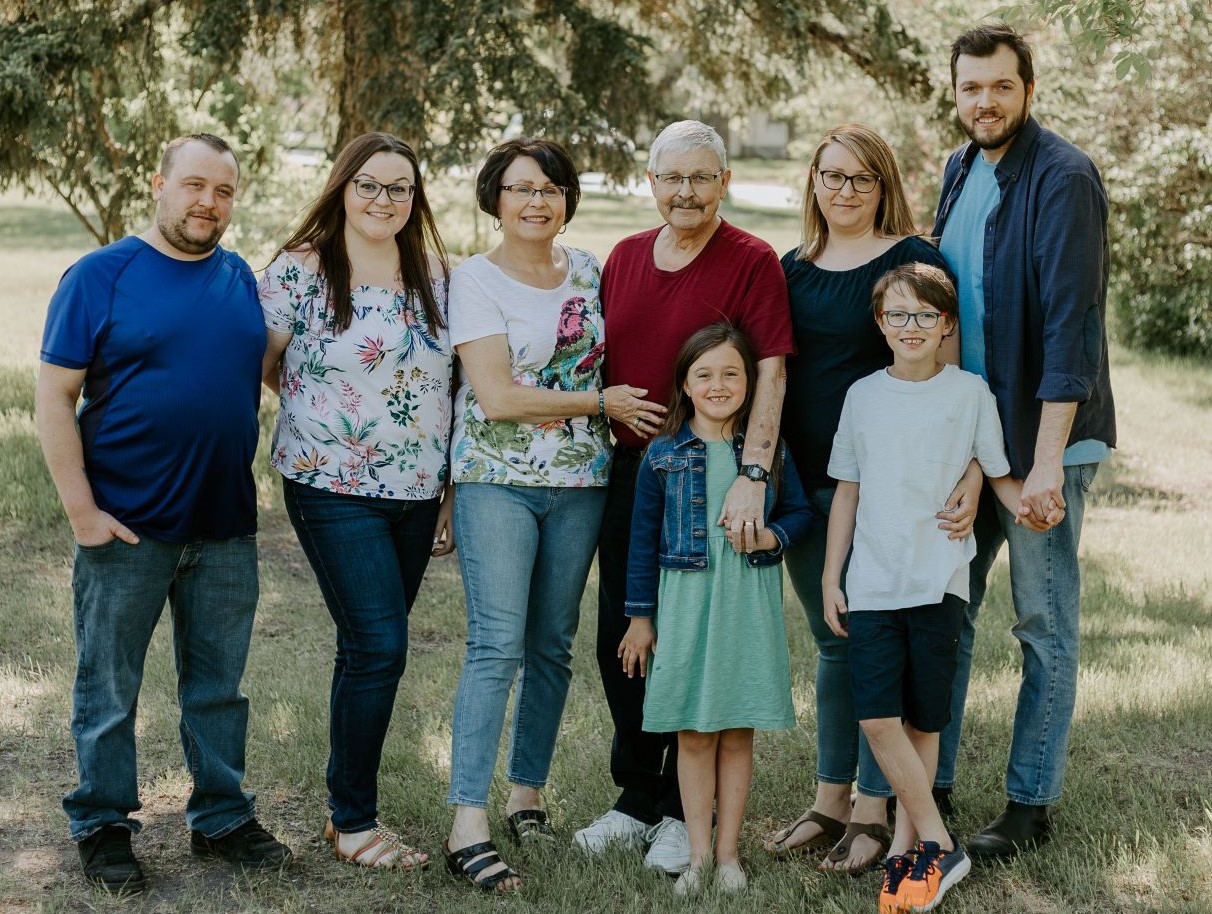 trips really require more planning and come with their own challenges. The use of a generator to power the oxygen concentrator while travelling has made it easier for longer trips. Winter was our time to travel to a warm destination because we stayed home all through the summer. Now I do not have that ability anymore and that is the aspect that really hurts me the most.

It took some time for my grandkids to figure out why their grandpa was always connected to a long hose and why he couldn’t do things like everyone else. Even though I can still do some things, I miss not being able to be active with my grandkids, that part was taken away from me early and I’ve had to adjust to that.

For Cindy and me, my health challenges also meant we could no longer have the sort of retirement we had envisioned and we both grieved that loss. It is not easy by any means living like this, but I am not going to throw my hands up in the air to give up or crawl under a rock. I am not like that. I am not even close to being that like that. Therefore, I do my best to maintain a positive attitude and be grateful for all I have. My goal is to have the best quality of life that I can while I still have time. Where there is breath there is hope!

Lung Saskatchewan’s Support
I joined the Pulmonary Fibrosis, COPD, and Lung Transplant support groups to help me on my health journey. The online support groups are administered by certified health professionals and this was where I met Jaimie Peters, a registered nurse with Lung Saskatchewan. I have never met Jaimie in person but we connected online and she always encourages me, provides support, and answers questions I have. I also interact with members of the group and benefit from the resources shared on the support group's Facebook pages.

I am also grateful for the support I was given through the Caring Breaths program. I received financial assistance to help with the purchase of an exercise machine and to hire someone to shovel snow.

Generous supporters like you help Lung Saskatchewan support patients and caregivers going through some of the most difficult periods of their lives. Please consider making a donation today to help Saskatchewan breathe easier!