Saskatchewan
Due to the increase in COVID-19 cases, our office is closed until further notice. Please see our news post for more information.
Return to Support & Education
Reflections on my career with the Lung Association
A man of his word
Adjusting to life post-COPD diagnosis
Asthma is common, yet serious
Helping others breathe in memory of a loved one
Honouring a loved one by honouring yourself!
Reflections on my career with the Lung Association
Treatment leads to healthy lifestyle
A Chance at Life and Love
A Song and a Gift of Christmas Seals Past
Chasing the Cure
It's hard to be an athlete with asthma
The Fight for Lung Health - A Family's Legacy
The benefits of a good night sleep
Breathe in Love, not Radon
Changing the world one breath at a time
First an Asthma Camper, now a renowned respirologist and Researcher
Giving Back Hope
Healthy children become healthy adults
How curiosity is driving lasting change in COPD care
One Life, One Body, One Chance
Reducing The Burden of Lung Disease
Thank You For Saving My Son's Life!
To Inspire

Reflections on my career with the Lung Association 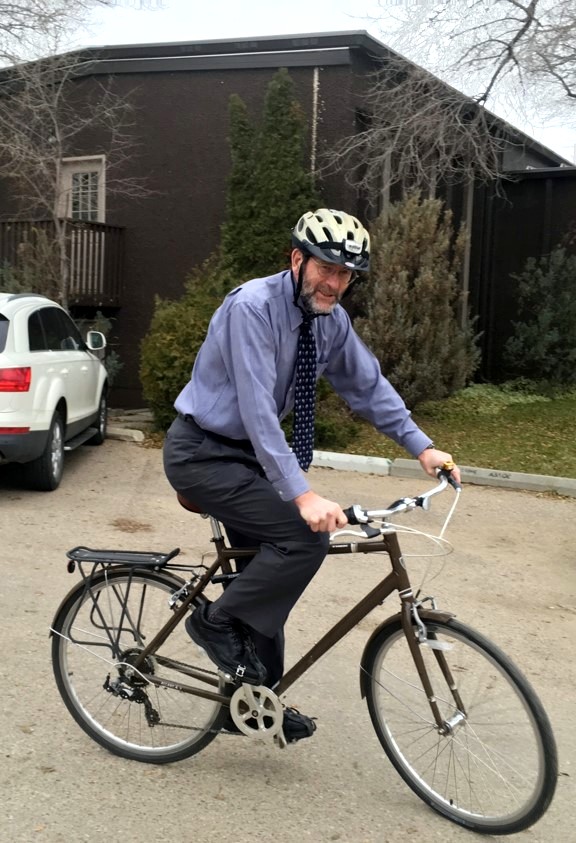 My first contact with the Saskatchewan Anti-Tuberculosis League came in 1976 when I joined the Pulmonary Division of the Department of Medicine at the University of Saskatchewan. The League, as it was known, provided research support to develop the Division. Within a few months I was involved in collaborative research programs that included community studies with lung health surveillance of grain handlers, farmers and potash workers. The League provided scholarship funding for my faculty position as well as funding for state-of-the-art research equipment. I also assisted with the computerisation of League activities such as TB data management and a fund raising system.

The League headquarters were at Fort San which is just outside of Fort Qu’Appelle. There were long-term plans to move the headquarters to Saskatoon and there was still an office in the Saskatoon San. My first major job was to complete the transition which was done in 1987. Up until that time, the League was responsible for the diagnosis, treatment and prevention of tuberculosis for the province. This responsibility was transferred to the Ministry of Health in August 1987. The name of the organisation was officially changed to the Saskatchewan Lung Association, a name which the League had already been using for over 20 years, especially in regard to its non-TB activities.

The priorities for the Lung Association in 1987 were not that different from today: providing education to people living with lung diseases and their families; providing information on preventing lung disease to the general public; providing training and support for health care professionals working in lung health; encouraging and assisting people to stop smoking and advocating for smoke-free spaces; and supporting research to find better treatments and cures for lung disease.

Over the years, I have always enjoyed working with a great team of dedicated professionals at the Lung Association to achieve our mission of improving respiratory health. Although our first priority was for the people of Saskatchewan, many of the programs and resources we developed here were used across the country. A good example is the Lung Association internet site, https://www.lung.ca/, which we registered in 1996. We developed and operated the website for all Lung Associations across Canada until 2004. Another example is the Respiratory Training and Educator program (RESPTREC™) which has trained over 5000 health care professionals across Canada to help patients living with chronic lung diseases such as asthma and COPD (chronic obstructive pulmonary disease) to better manage and control their lung disease and improve their quality of life.

In 1999, I had the opportunity be the Director of an international development project to develop a tuberculosis control program in Ecuador. Over the following six years, a team of Canadian experts trained and mentored physicians and nurses in Ecuador in TB control, and worked with them to develop a robust, sustainable TB control system. Our team developed tuberculosis courses that continue to be part of the training in medical schools and nursing schools across Ecuador to this day.

Working with the school systems in Saskatchewan has always been a priority and our team has made hundreds of classroom presentations. Additionally, we have attended dozens of health fairs, and our booth was frequently the most popular when we provided demonstrations of a breathing test called spirometry. Over the past few years the importance of testing for radon to prevent lung cancer has been recognised and we have developed a strong program to promote testing, and where necessary, remedial measures to reduce radon exposure.

We both funded research and participated in research. For example, we initiated a study of home testing for sleep apnea that eventually became the SleepWell program at the Saskatoon Health Region.

I feel very privileged to have had the opportunity serve as the CEO of the Lung Association of Saskatchewan. It has given me the means to stay in my home province and devote my career to a cause in which I believe very strongly. At the same time, it has allowed me to continue my work in lung health research. As such, I have had the best of both worlds – on the one hand the time to explore how gas exchange occurs in the lung and, on the other hand, the ability to work in contact with the community to make a more immediate difference in the lives of people living with lung disease.

The Lung Association has just completed a revitalisation of its brand, which goes far beyond its image. The new BREATH logo symbolises our commitment to all issues related to breathing. In February 2016, I wrote the following introduction to our newsletter:

When I first joined the Lung Association many years ago, our slogan was “It’s a Matter of Life and Breath.” We have used other slogans over the years but this one still resonates best with me, perhaps because from our first breath to our last breath, the air that we breathe in and out is our greatest physical interaction with the world around us.

Perhaps that is why breathing idioms are part of our language. We “catch our breath” or “take a breather” when we need a rest. When things go well we can “breathe easy”. Something amazing can “leave us breathless” and something new and promising is a “breath of fresh air”. If someone is not agreeing with you, then you are told “don’t waste your breath” and if some expectation is unlikely to be met, then you are told “don’t hold your breath”.

Please take good care of your lungs and help us to help those who can’t breathe easy.

For me, this is a fitting time to retire and to pass the torch to the new CEO, Susan Cron. I am very grateful for the support that I have received and the pleasure of working with members of the Lung family: staff members, members of the Board of Directors and colleagues from across the country. I feel confident that the Lung Association will continue to be a vital and effective organisation. I am looking forward to seeing many more great accomplishments.

Honouring a loved one by honouring yourself!
Treatment leads to healthy lifestyle